What is a Submission Letter?
A submission letter is your formal communication with the IRCC officer. It summarizes or explains the case details in a succinct, lucid and planned way. As there is no in-person communication with IRCC, therefore, the importance of a Submission letter increases.
This letter gives an overview of the whole case with a focus or emphasis on certain important aspects. 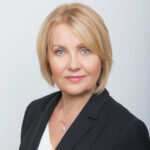 Dalia Milmantas, the principal of her company “Milmantas Immigration Services”, holds a bachelor’s degree in philology and education, has gained a wealth of experience and in-depth knowledge in Canadian immigration law while employed by two major Toronto law firms as an immigration legal assistant, and subsequently while running her own immigration practice. She met stringent educational standards and is a member in good standing of the Immigration Consultants of Canada Regulatory Council (ICCRC) and a member of CAPIC (Canadian Association of Professional Immigration Consultants).

Ms. Milmantas has been assisting in Canadian immigration matters since 1999 and specializes in strategic planning for those applicants who cannot find a simple and direct path to immigration.  Dalia represents and advocates for clients applying for temporary and permanent resident visas, study and work permits, including those with previous refusals, and other complex immigration-related applications such as criminal rehabilitation, applications for Temporary Resident Permit. Dalia is proficient in Lithuanian, English, and Russian.

–  What is a Submission Letter?

–  Structure of a Submission Letter

How to write a Reference Letter (60 Minutes)

There are no reviews yet.

Only logged in customers who have purchased this product may leave a review.